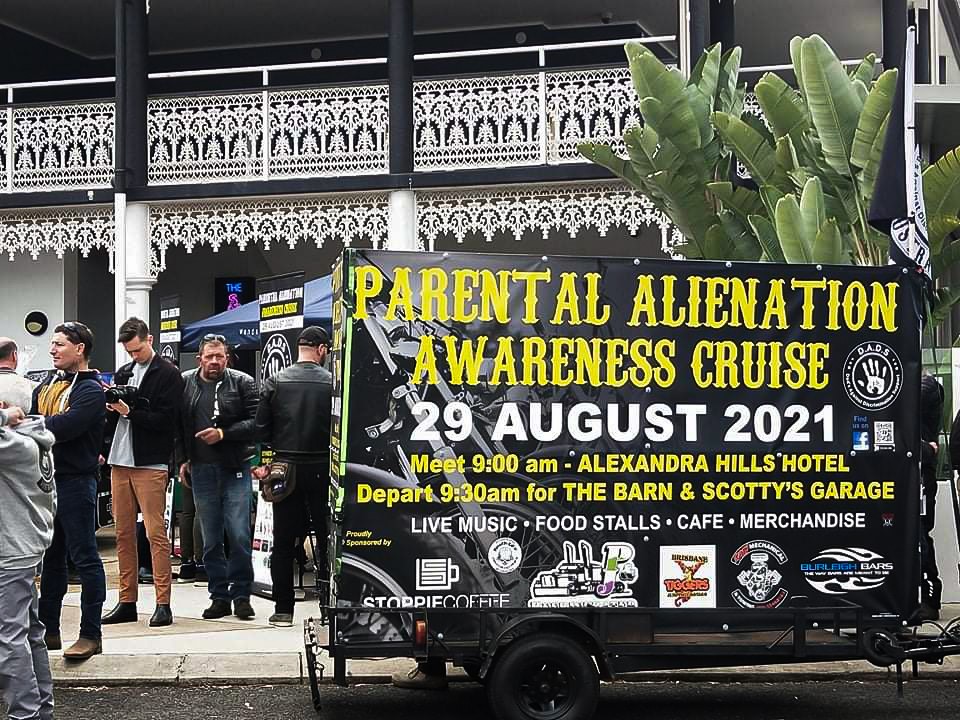 Twenty-two years ago on an ordinary Father’s Day, a group of broken and defeated men struggling under the weight of divorce, separation, and the loss of their children sat down on a veranda at Coffs Harbour.

It was on that day that they formed a charity that was then known as ‘Dads in Distress’.

They recognised that there was no support to help them navigate their way through the emotional trauma that was weighing on their shoulders, and so they took the first step on a long voyage towards an island called change.

Since then, the charity has been rebranded to ‘Parents Beyond Breakup’.

The not-for-profit organisation has expanded, developing an objective approach towards providing support to non-custodial parents, grandparents, and anybody who is struggling with the loss of their children through relationship breakdown.

Parents Beyond Breakup CEO Gillian Hunt said that the key purpose of the charity is to support parents who are experiencing trauma related to the breakdown of families in Australia.

“Our key focus, while we support the parents directly, is to ensure that they thrive, survive, and end up back in their children’s lives.

“We believe that every child’s right is to have both of their parents in their lives, so it’s very much about keeping families healthy, and keeping Australian children healthy,” she said.

Ms Hunt explained that, when parents are in the early stages of separation, there is a huge amount of trauma associated with not only the loss of a partner, but the loss of their children.

“‘They’ve gone from being an everyday mum and dad, seeing their kids every day, to suddenly having to cope with a different life where they may see the children on weekends, they may sometimes not even have access to them because of the court process, and that, we find, is the major stressor.

“They go from being a normal family with a parent who is absolutely connected with their kid, suddenly they are isolated, they feel hopeless, they feel helpless and very alone.”

As the push to create change grows among those who are impacted by parental alienation, so too does the desire to make noise about the issue.

‘Dads Against Discrimination Support’, appropriately abbreviated to DADS, are another not-for-profit organisation that are using their voices – and their motorbikes – to unite together to raise money and spark discourse.

As recently as August 29, DADS hosted the Parental Alienation Awareness Cruise at the Alexandra Hills Hotel in Brisbane with the hopes of changing legislation around parental custody and alienation.

Naturally the issue hits home for a lot of parents, with fathers travelling from as far as the Sunshine Coast to show their support.

Riding down from Rainbow Beach in the early hours of the morning, father of two Brandon has been personally affected by parental alienation, after a court ruling restricted his visitational rights to his children.

“I’ve got two children, I’ve got a 17-year-old son and a 15-year-old daughter; I was a single dad with majority care for over ten years and its now day 947 since I’ve been able to see any of my kids.”

Brandon isn’t the only victim of parental alienation, with another attendee who wished to remain anonymous witnessing her whole family suffering as a result.

“Parental alienation has affected my whole family, all of our friends, particularly my son and my grandson, who has been abused through parental alienation now for a couple of years, and it has made such an impact,’ she said.

“So, when I found out about this group, I was really excited that people are starting to stand up and take notice that this is happening out there, and we can see from today the huge numbers of people that are affected.

“I think that it’s time that we as a nation stand up to inequality in the family courts, and the children need two parents, not one.

“The courts are consistently discriminating against fathers particularly.”

There is a lot of work to be done on the ride towards parental equality, but the work started by a small group of fathers 22 years ago, and the awareness being created by charities country-wide, has paved the road towards a future where fathers don’t have to fight to see their children.