PBB In THE News 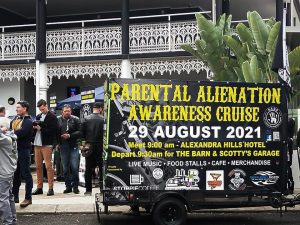 Escaping the Emotional Emergency Room: The Fathers’ Fight for Parental Equality Escaping the Emotional Emergency Room: The Fathers’ Fight for Parental Equality – The Source News Twenty-two years ago on an ordinary Father’s Day, a group of broken and defeated men struggling under the weight of divorce, separation, and the loss of their children sat down on a veranda at Coffs Harbour. It was on that day that they formed a charity that was then known as ‘Dads in Distress’. They recognised that there was no support to help them navigate their way through the emotional trauma that was weighing on their shoulders, and so they took the first step on a long voyage towards an island called change. Since then, the charity has been rebranded to ‘Parents Beyond Breakup’. The not-for-profit organisation has expanded, developing an objective approach towards providing support to non-custodial parents, grandparents, and anybody who is struggling with the loss of their children through relationship breakdown. Parents Beyond Breakup CEO Gillian Hunt said that the key purpose of the charity is to support parents who are experiencing trauma related to the breakdown of families in Australia. “Our key focus, while we support the parents directly, is to ensure that they thrive, survive, and end up back in their children’s lives. “We believe that every child’s right is to have both of their parents in their lives, so it’s very much about keeping families healthy, and keeping Australian children healthy,” she said. Ms Hunt explained that, when parents are in the early stages of separation, there is a huge amount of trauma associated with not only the loss of a partner, but the loss of their children. “‘They’ve gone from being an everyday mum and dad, seeing their kids every day, to suddenly having to cope with a different life where they may see the children on weekends, they may sometimes not even have access to them because of the court process, and that, we find, is the major stressor.   “They go from being a normal family with a parent who is absolutely connected with their kid, suddenly they are isolated, they feel hopeless, they feel helpless and very alone.” Gillian Hunt, CEO of Parents Beyond Breakup As the push to create change grows among those who are impacted by parental alienation, so too does the desire to make noise about the issue. And what creates more